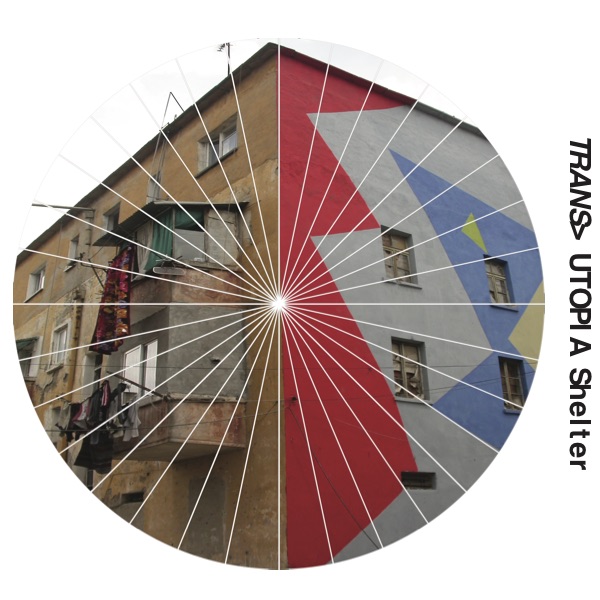 It was very important not to make people feel their normal disillusionment. The coloring of the city began as a necessity of sending strong signals of change to the people, regardless of the unconquerable difficulties and the objective lack of funds and means. These colors are not there for aesthetic reasons. The colors are there as an urgent cry for change and as a necessity in reconciling the outdoors with the people inside. The colors facilitate in bringing communication among the people and in making time a common element in a city that reflects the long debasement of the individual through the indifference of the state. Colors against the gray matter.

Edi and Anri in conversation

“Today the world is too dangerous for anything less than utopia,” Buckminster Fuller once wrote.  Unfortunately because this remains true, we propose to travel together as a group and meet at the “Utopia Station”. The Utopia Station in Venice will be nothing more or nothing less than a way station, a place to stop, to look, to talk and refresh the route. Utopia itself, an idea with a long history and many fixed ideologies, has loosened up to become a catalyst now, or the no-place it always was, a hope for the better future.

Physically the Utopia Station in Venice will come together around the work of 61 artists and architects who will build small structures, models and walls. Around them, other small objects and projects, including drawings, small paintings and photographs, will be set up in a free arrangement that takes its inspiration from the legendary Hannover Merzbau of Kurt Schwitters.  An open call has gone out to almost 200 artists for posters, which will add another layer of activity swarming in the space and also beyond it, scattering individually into the city of Venice. The Utopia Station is designed to hold the work of many artists from around the world. To list them all is not possible here. Let us say simply that it is a large, and growing, group. The alphabetical order would begin with A12 and end with Andrea Zittel.

Throughout the summer of 2003 in Venice, different speakers, writers, dancers, performers and musicians will be invited to give Utopia its ideas, radical actions and sounds. The Utopia Station project as a whole should be understood as the composite of its many layers, each of which is unfolding at different speeds in different times and places: seminars, meetings, stations, posters, performances and books are coming en route.  We imagine the Station filling with layers of life in this way and in ways that will be invented spontaneously over the course of the exhibition.

The Utopia Station in Venice will be the first major stop. We envision a project that will extend over the next several years.

By using the umbrellas in Venice and then scattering them around the world, the public will participate in the many layers of the Utopia Station in Venice and beyond.

ANRI SALA, an Albanian artist living in Paris, has gained international attention for his video, animation and photographic works. With an emphasis on slowness, stillness, and intimate detail, Sala explores the interface of documentary and fiction. His painterly works elicit an undercurrent of tension that speaks to political and social realities, articulating loss and alienation through a specificity of place and cultural context that seems rooted in memory and history.

EDI RAMA was born in 1964 in Tirana, Albania, back then until 1991 the capital of the isolated and stalinist Socialist People’s Republic of Albania. He studied painting at the Academy of Fine Arts and moved in the early 1990ies to Paris, where he collaborated on some projects with Albanian artist and friend Anri Sala. At the same time he was very active in the first movements for democracy in Albania. In 1998 he became Minister for Culture, Youth and Sports. After a period as Mayor of Tirana he became in 2013 Prime Minister of Albania.

As an artist he works mostly with highly personal sketches and drawings on notebooks and in his calendars.